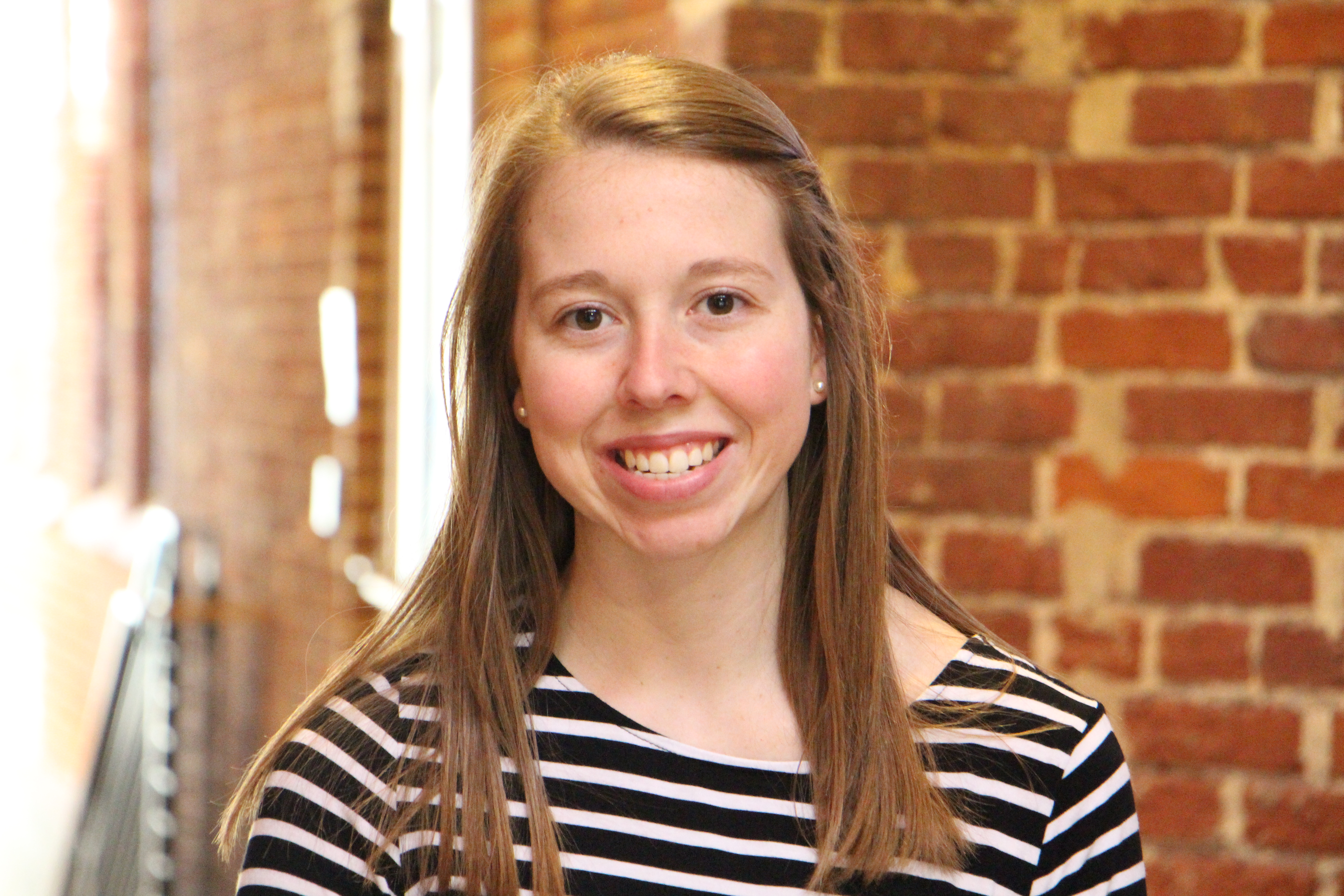 Love brought Rayven Casada to NC State. Her fiancé was already a student here, but that’s not what ultimately led Casada to transfer from Western Carolina University. Instead, she was drawn to a university experience she hadn’t even realized she was looking for. She came for a visit and fell in love with everything that NC State had to offer — the campus, the math department in the College of Education, and that tight-knit sense of community that can only be found within the Wolfpack.

When Casada arrived at NC State, she quickly found ways to get involved. She applied to be an Orientation Leader during her first summer on campus, has worked with the Women’s Center to mentor children in the local community, and graduated from the College of Education’s Passport to Success academic enrichment and engagement program. She currently serves as a Student Ambassador for the College of Education and for her, it’s an opportunity to reach prospective students by sharing her own experiences and outlook on being a transfer student.

Casada embodies all of the best traits of a true Wolfpacker; she’s engaged both inside and outside of the classroom, believes in serving the university and greater community, and is a proven asset to our campus. Recently, she received well-deserved recognition when she was awarded a scholarship by Tau Sigma National Honor Society.

Tau Sigma is a national academic honor society for transfer students who achieve at least a 3.5 GPA during their first semester. Beginning in 1999 as a non-profit at Auburn University, the organization has grown to include more than 175 chapters. NC State’s chapter was established one year ago and with 165 members, is already one of the fastest growing chapters in the country. Casada, the chapter secretary, is a founding member.

As part of the leadership team, she is able to use her own experiences as a transfer student to build relationships with new students, and to develop programs and initiatives that are especially beneficial for this unique population. Says Casada, “Often as a transfer student it can be hard to get connected and build relationships with students who have been here since their freshman year. Tau Sigma is a resource transfer students can use to make connections and feel supported while on their journey at NC State.”

Casada’s selection as a Tau Sigma national scholarship recipient is largely related to her engagement on campus and role as a leader in numerous student activities. She also demonstrates a commitment to academic excellence, maintaining a GPA of 3.8 and earning a spot on the Dean’s List every semester. New Student Programs coordinator and Tau Sigma chapter advisor Genna Martella works closely with Casada and has seen firsthand how she has grown as a leader. “Rayven has shown incredible creativity, dedication, and enthusiasm for enhancing members’ experiences. She has been an integral member of the three person leadership team in providing insight and maturity, and has managed to utilize her reflections on her own transition to State with the skills she’s gained while studying education here to connect and lead members.”

In only a year, Tau Sigma has become an important resource on campus. It’s an opportunity to celebrate academic excellence, and also ensures transfer students will find the sense of welcome and community that first drew Casada to NC State. She and her fellow chapter leaders are always mindful of considering the voices and suggestions of the greater membership as they outline the growth of the organization. Interest areas are diverse and include service and community activism, networking, and social engagement. The organization holds a brunch each semester, a formal induction ceremony, and a new student welcome event, volunteers with the Feed the Pack Food Pantry, and is currently collaborating to host a regional meeting for chapters from neighboring institutions.

Casada will receive a $2,000 scholarship which will help fund a March 2017 teaching abroad trip in China. She’s a senior now, studying secondary math education and looking forward to her future as a high school math teacher. Graduation is on the horizon, but she’s as engaged as ever in the campus community, and still in love with her NC State home.

NC State will kick off the Spring semester with a series of events to aid students in their transition back to campus.

Check out these new student events to meet new people and get acclimated to campus!

Mark your Calendars for 2019 Summer Orientation! Orientation sessions for first-year and transfer students are college/program specific, so students need to attend the appropriate session for the major/college in which they are accepted and enrolled.

Check out the 2018 Wolfpack Welcome Week Calendar of Events